The Ultimate Driver of CX Success 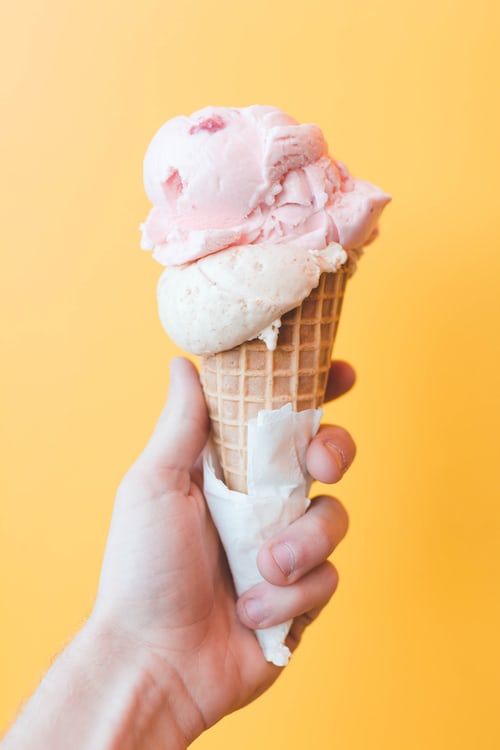 Today’s post has been written by Scott Bateman, a passionate CX professional who is the General Manager, Business Performance and Growth at Little Real Estate.

I have been working up in Brisbane for the past few months (away from my home in Melbourne) and despite the issues that come with so much time away from home, I found a silver lining – I discovered a Baskin-Robbins Ice Cream store a few blocks away from my hotel! Now to be clear, the ice cream there is good, but not ‘change your life’ good; but those freshly made, over-sized and kind-of-chewy waffle cones…..damn. They could end wars. No joke.

The problem is, every time I go there it’s like winning a lottery for them to have these mind-blowing waffle cones available. Time after time I try, only to be let down, and this is why I’ll make my argument – doing something well but consistently is significantly better than doing it perfectly but only on occasion.

Here’s the thing – these waffle cones are so ridiculously good that I tolerated being let down over and over for that one night in five attempts where I got what I was expecting.  Some nights I’d walk down there and they weren’t available at all, other times they would begrudgingly offer to make me one while I waited, but they’d then place the ice cream in to the piping hot cone which then quickly melted to milk. Now – I’ve just given up trying. As amazing as they were on the odd occasion when I got them at the start, I’ve grown tired of struggling to get what I expect after walking for fifteen minutes to get there, only to be disappointed.

In his classic book ‘Rich Dad, Poor Dad’, Robert Kiyosaki famously asks people if they think they can make a better burger than McDonald’s, to which most answer that they feel they could. But the moment of realisation comes when he asks the same people if they could build a better business than McDonald’s, to which the obvious answer for most of us would be a big “no”.

McDonald’s are a terrific example of the power of consistency. Most of us can make a better product than they do, but their mastery of consistent execution, anywhere in the world, is second to none. In fact, such is the consistency and predictability of the famous ‘Big Mac’ that while studying economics I was surprised when I was taught about the  ‘Big Mac Index’, which economists can use to compare purchasing-power parity between countries by evaluating the price of the burgers there! Now, I acknowledge McDonald’s isn’t for everyone, but if you’ve had it just once, anywhere, you can go to any other one knowing exactly what you’ll get, good or bad – and that’s incredibly powerful.

For many businesses, including my own employer, Net Promoter Scoring (NPS) is something by which we live and die. Such is the desire to impress people enough that they refer us to others that we critique everything we do based on it’s ability to shift that metric into positive territory.

The problem is, most organisations aren’t asking the question of the same customer often enough to understand how much the customer’s advocacy is swinging due to experiencing inconsistent service delivery. If you’d asked me would I advocate for Baskin-Robbins after that one great experience at the start, I would have given them a glowing 10/10! Now, and this is only a few weeks later, I’d give them a 2 or 3 at best (hence this rather critical article). The reason I wouldn’t recommend them to someone I know is that I just can’t trust them to deliver the thing that caused me to love them the first time around. As good as it was, it’s just too unpredictable.

Remember, the whole point of ‘wowing’ people is to entrench their loyalty with your business as a starting point, with the hope of then generating advocacy as a secondary goal. The problem is, we personally vouch for companies when we advocate for them. This means that when it goes well for the other person we look good, when it doesn’t we feel terrible!

There’s been some terrific research done on the emotions that affect us most and the length of time with which they affect us. In this report some of the findings of this research highlight just how much longer feelings like ‘anger’, ‘disappointment’ and ‘frustration’ last when compared with  feelings like ‘happiness’, ‘delight’ and ‘surprise’. What this tells us is that it’s more important to avoid upsetting people than it is to ‘wow’ them because a delighted customer’s delight will quickly fade it seems, an angry customer’s anger will not. The problem is, it doesn’t feel as good or as exciting to focus on these things.

If you think about your role as a leader I think the same thinking applies. Some of the most amazing leaders I have worked under didn’t wow the pants off people with elaborate strategies or grandiose speeches, but they move with a careful and particular delibracy and consistency that makes them incredible to follow. You always know where you stand, you always know what to expect, and it makes it easy to consistently deliver what they need from you.

I found that my advocacy for these leaders wasn’t won in in the very first meeting I had with them, but it grew more and more with every meeting I had or continue to have. I have since tried to challenge myself to become more steady, predictable and consistent in my own approach with the people I lead; I’m not there yet but I think I’m making progress.

So, look at yourself, your team or your business. Assess how well the same customer would experience your service across 10 instances of it. If there’s a great deal of deviation among those experiences, my advice would be to reduce the emphasis on delivering the ‘best case’ version in favour of focusing on eliminating all instances of the ‘worst case’ version, which in turn creates a more predictable and consistent ‘middle of the road’ type of outcome. Remember, you can always build from there.

2 comments on “The Ultimate Driver of CX Success”