Keeping The Customer Front Of Mind

“How do you keep the customer front of mind when everybody is working remotely right now?”

This was the question that Annette Franz and I tackled on one of our recent calls. Following is a transcript of that call.

BM: Let’s start with how you keep the customer front of mind when people aren’t working from home. I’ve worked at places in the past where there has been a customer wall and on that wall was all kinds of information: personas, feedback verbatims, perception metrics like NPS and CSAT and how they were tracking over time, notes from customers thanking team members for a great job, all kinds of stuff.

AF: And there are companies that do a customer room, and it’s basically the same thing. It contains things like journey maps, personas, feedback, metrics, video interviews with customers – basically anything we know about the customer, we put it in there. I like to call them a customer shrine. And whether it’s a wall or a room, it just has to be easily accessible for people 24/7. That is actually one of the things that translates really well for people at home because you can put all of that information on your intranet or somewhere where people can access it online. In fact, putting it online is a great idea when you’ve got an international company or a national company with lots of offices. You’re not going to replicate it in each office, so why don’t you take it digital to make it accessible to everyone. 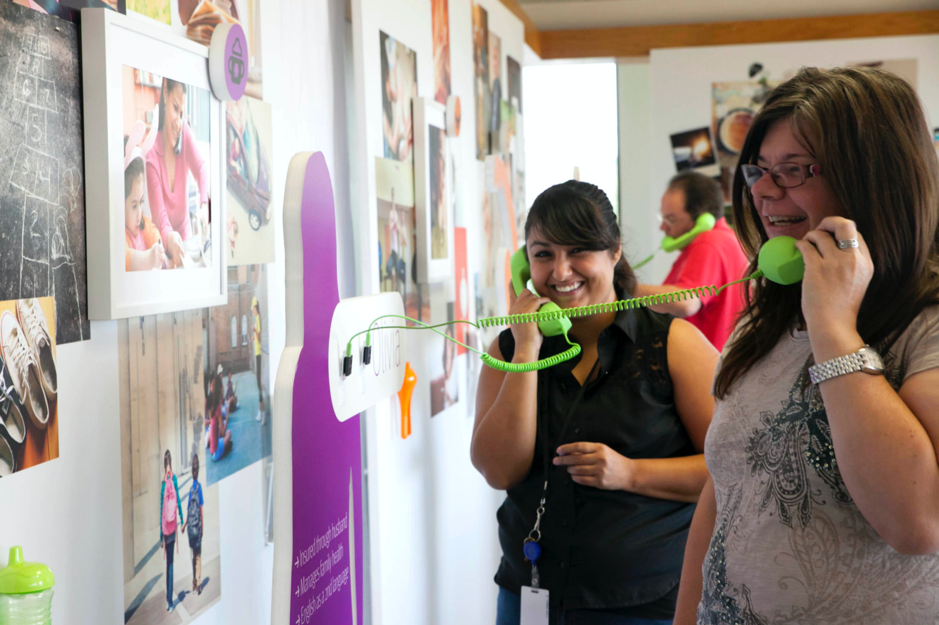 Picture of the Prime Therapeutics customer room courtesy of Heart of The Customer.

BM: Yes! And if you’ve got the money, you could even make it 3D.

AF: There’s a pharmaceutical company that has done that. I think they call it a Gallery Walk. So, they took their journey map off the wall; they put it on the floor and made it 3D so you’re actually walking through the experience of the customer, which is really cool!

BM: That is really cool! But it sounds expensive. If that kind of a budget isn’t available to you, I recommend getting some dedicated space on the company’s intranet home page, which is often the first screen that a work computer’s browser opens up to. So, it’s an ideal space to put information about customers because it’s in peoples’ faces on a daily basis.

AF: Absolutely. Before you even get to that, though – and this is the focus of my second book that I’m writing at the moment – I would go back further and say: how do we put the right culture in place so that regardless of whether people are working in the office or at home, it isn’t so hard. I’m working with a client in Orange County right now, and we’re changing their core values because none of their current core values had anything to do with customers. Well, I guess if you extrapolated their core values, you would get to the customer eventually, but I wanted them to have one that was purely and explicitly about the customer. They’re a start-up that’s been around for 4 or 5 years, and the CEO came up with the core value himself. He’d already been out there talking about customers on their Slack channel – there’s another way to keep customers front-of-mind: telling stories, getting out there and communicating – and he was saying to staff: “How are you wowing customers? What are you hearing from customers?”. So that’s the core value they’ve added: wow customers. Having the right culture in place is huge. I have another client who said that customer trust was an issue. So, we did a lot of work around what that meant for them. There always seemed to be a butting of heads when customers called with an issue. So, they added a core value around customer trust and the CEO said it all became so much easier after that. We defined it, we defined the behaviours that were associated with a customer trust value, and the CEO said they never had issues after that. People knew what it meant, and that’s how they acted. That’s why I go back and say it really does start with culture.

BM: Often with company values, you can pretty much list out three, and they’re going to be in most of the company values around the world: respect, integrity, and innovation. So, it’s interesting that they specified “customer trust” rather than “act with integrity” because that leads to more specific behaviours that result in better customer outcomes.

BM: Yes, it becomes a commodity. There’s no meaning to it.

AF: Exactly. So, I did like that they added customer trust. It’s very specific; it’s very focussed. Everybody knows what it means, and its very customer-centric.

BM: OK, so what other ways can we keep the customer top of mind when people are working from home? When I was managing a program, we’d did a monthly presentation of feedback results, and we’d make the packs available to everyone in the business via an intranet site. But that’s not exactly keeping the customer top of mind on a daily basis or even giving them up-to-date information. By the time the report was produced, some of that feedback was a month old.

AF: Right. But if you’ve got a Voice of the Customer program, you’ve got feedback coming in daily. When you’re in the office, you’d be streaming that on monitors in the contact centre and around the office, but when people are working from home, that’s where you’d be putting it on the intranet, as you mentioned. You’d have some sort of plug-in from your VOC platform to give you that. But, the other thing that I think is really important is that you start meetings with customer stories. Everybody usually starts their meetings with metrics. Metrics, metrics, metrics. Everybody knows the metrics! Who cares? You send us spreadsheets. You send us emails. You beat us up about the metrics all the time. People don’t start their meetings telling customer stories or even talking about the core values. Like “how are we living the core values?” So maybe it’s an employee story about how an employee lived the customer trust value or something like that. Making sure that when you’re creating the meeting agenda that the number one item, the first thing you discuss, is a customer story. And here’s a fun one that I did with a client, we were sitting in a meeting, we were talking about journey mapping, and they kept saying “we think.” “We think we know the customer…,” “We think the customer….” And I was like, “Stop! Not “We think.” I want to hear, “We know because we have the feedback, because we listen to our customers.” I think you should put a jar on the table, and every time someone says, “I think the customer…,” they’ve got to put a dollar in that jar [laughs]. Throw a dollar in there, and you could probably afford a VOC platform at the end of the month! They loved that idea!

BM: Customer stories are so powerful. And this is a bit off topic, but stories in general are a great way for leaders to communicate to earn trust. There’s a fantastic TED Talk by Karen Eber, who’s a leadership consultant, on how your brain responds to stories.

AF: Great! I look forward to watching that! The other thing I’d do is the Jeff Bezos thing: have an empty chair for your customer in meetings. You can do it in Zoom meetings too: have a “customer” as one of the Zoom logins. The customer is always there. You don’t make any decisions or have any conversations without the customer. So, some way to represent the customer in your meetings has to happen. Always. 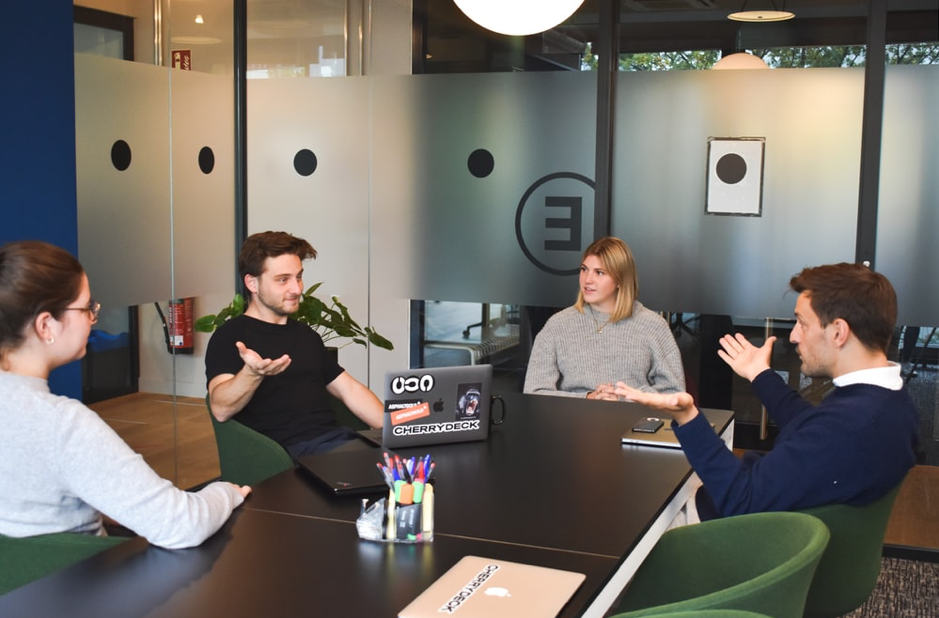 “Your value will not be what you know; it will be what you share.” – Gini Rometty, CEO, IBM.