Why the customer is NOT always right on social media

Today’s post has been provided by Nicole Matejic. Nicole is the CEO of global military think tank Info Ops HQ and is known for her crisis communications acumen as the #SocialFirefighter® at Australia’s Social Media Monster.

Nicole speaks to audiences on crisis communications and military information operations around the world and guest lectures at Universities around Australia. 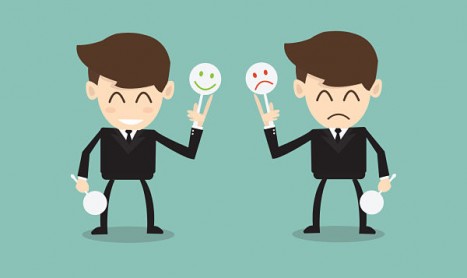 The customer is always right… until they’re wrong. But who in business has the courage to tell that customer they are out of line?

What’s that I hear? The sound of silence with a few intermittent crickets?

Do you really have nothing to say to customers who publish inappropriate remarks on your social media networks?

The widespread adoption of ‘the customer is always right’ mantra across customer service focused businesses (and indeed the same can be said for the client/consultant and employer/employee relationship) is well intended, but the result is a prevailing culture of ‘yes-people’ who run for cover at the first sign of conflict. Critical thinking, skepticism, and robust discussions are actively avoided in favour of a philosophy that aims to make everyone right all of the time.

Customers expect – no demand, to be kept happy; and by and large we feed that sense of entitlement by trying to please everyone — often to our own detriment.

Of course, often we only hear from our customers when they feel their expectations haven’t been met. The court of public opinion is where we first discover a complaint has been leveled via your business’ Facebook page, Twitter account, or in a review on a pseudo-social site like Urbanspoon or TripAdvisor.

Contrary to popular belief, I think the notion that ‘the customer is always right’ is an utter load of crap. Since when has keeping someone else happy at the detriment of your own business, wellbeing, or moral and ethical standards become the accepted norm?

And business leaders: neither should you.

What would you say on social media if you weren’t afraid?

Learning how to pick your battles on social media is somewhere between an art and a science. Knowing your audience and cultivating a ‘village of support’ before you actually need one is all science; having the ability to craft assertive responses, definitely an art.

Let me be clear, I’m not suggesting that the majority of your complaints warrant an assertive response — but in a small handful of circumstances, you should consider the customer most definitely wrong and call them on their inappropriate remarks. Such situations may include:

– Racist, sexist, and any other discriminatory comment,
– Personal attacks on you or your staff; and
– Comments that incite violence or make threats.

The aim in such circumstances is to avoid being drawn into a public stoush by defining a clear line between objective commentary and subjective (emotive) remarks. Deal with the former in facts, while calling out the inappropriateness of the latter directly.

A great example is the response below from Gelato Messina to a comment made on their Urbanspoon page.

Demonstrating strong leadership in response to an inappropriate remark or complaint posted on social media does more than just address the grievance concerned. It also sends a strong message to your workforce (and the public) that you will not tolerate inappropriate behaviour toward them. Everyone loves a leader who goes into bat for their workforce because it demonstrates a conviction of character that rightly prioritises being nice over being right.

Here are my top 5 tips for dealing with inappropriate behaviour on social media:

What would you do on social media if you weren’t afraid?